An EU referendum by the end of 2017 is among a packed programme of new laws in the first Conservative-only Queen's Speech in nearly two decades.

David Cameron said the 26-bill package was a "programme for working people" that would create full employment and "bring our country together".

The measures were unveiled by the Queen amid the usual pomp and ceremony.

Many of the proposed new laws were promised by the Conservatives during the general election campaign.

But Mr Cameron will be able to press ahead with plans previously blocked by the Liberal Democrats after winning an overall majority on 7 May.

These include an Investigatory Powers Bill to give intelligence agencies new tools to target internet data, dubbed a "snooper's charter" by critics.

But the prime minister has delayed plans to scrap the Human Rights Act to avoid a potential confrontation with his own backbenchers. Instead, the government will bring forward proposals for a British Bill of Rights to replace the Human Rights Act, with legislation expected following consultation later in the parliament.

There was no mention in the speech of a promised free Commons vote on repealing the fox hunting ban, but environment secretary Liz Truss said the vote would happen by 2020

The political message is clear - that the government will help "working people" but not those claiming benefits who, in the words if the prime minister, are "sitting at home".

The Conservatives' own polling highlighted that this was a powerful message especially in the Midlands and southern marginals seized from, or defended from, Labour.

The intention is to try to recreate the coalition, not with the Lib Dems, but with people who don't traditionally back the Conservatives, but whose parents may well have voted for Mrs Thatcher before deserting the party for Tony Blair.

The prime minister is even using the language of 'One Nation' - briefly favoured by Ed Miliband.

Mr Cameron's flagship policy of giving 1.3 million housing association tenants in England the right to buy their homes at a discount was in the Queen's Speech.

Another key priority for the new government is Chancellor George Osborne's Northern Powerhouse plan, with a bill paving the way for HS2 and another piece of legislation enabling cities to bid for an elected mayor, with more powers over transport, planning, policing and health. The mayor would take over the role of Police and Crime Commissioner for the area.

There is also a Trade Unions Bill, imposing a 50% turnout threshold on strike ballots, with a further requirement in essential public services for strikes to be supported by 40% of those entitled to vote.

Reading out the speech, which is prepared for her by the government, from her throne in the House of Lords, Her Majesty said: "My government will legislate in the interests of everyone in the country.

"It will adopt a one nation approach, helping working people get on, supporting aspiration, giving new opportunities to the disadvantaged and bringing different parts of our country together."

Mr Cameron described his first legislative programme as the head of a Conservative government as an agenda for "working people," with three million more apprenticeships promised over the next five years and a new law to ensure the minimum wage remains tax free.

"There should be a job for everyone who wants one - in other words, full employment," said the prime minister in his introduction to the Queen's Speech.

He said that after the British economy was hauled back from the brink of disaster in 2010, the UK now stands "on the brink of something special".

"We have a golden opportunity to renew the idea that working people are backed in this country; to renew the promise to those least fortunate that they will have the opportunity for a brighter future; and to renew the ties that bind every part of our United Kingdom.

"We now have the mandate to deliver that renewal. And it starts with this Queen's Speech."

He described the programme as "the bold first step of a One Nation government," which would create a Britain whose people could "get a decent job, have a good education, buy a home of your own, have dignity when you retire and feel safe and secure throughout your life".

Harriet Harman, Labour's acting leader, said the Conservatives wanted to "set the nations of the country against each other" and threaten "basic rights at work".

The SNP said they were "the only real opposition to the Tories in Westminster", following a Queen's Speech which they said "ties Scotland to the wrong priorities".

Angus Robertson, the SNP's leader at Westminster, said his 56 MPs would "stand firm against the relentless drive of Tory austerity, and their proposals to slash social security spending by removing benefits from young people and freezing benefits for working families" and would make a "a positive case for membership of the EU".

He added: "When it comes to more powers for Scotland, the ball is in David Cameron's court. Anything less than implementation of the Smith Commission in full would be a breach of faith." 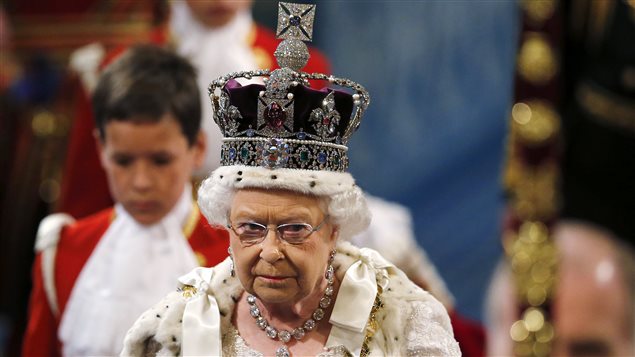